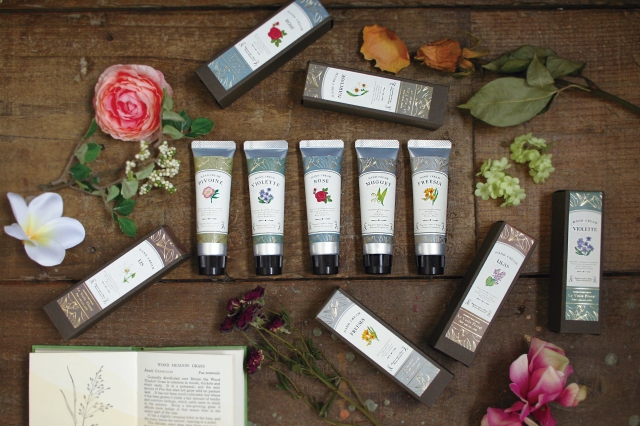 *Depending on the method of storage, the consistency, viscosity and color of the hand cream may change, however, this does not affect the quality.

Our fragrance series is packed with the beauty and charm that flowers have been recognized and loved for since the beginning of time.
Introducing the Le Voile Floral hand cream series.
Enjoy the rich, lifelike fragrance of flowers.

The fragrance for the Hand Cream was made in collaboration with a well-established perfume maker in the town of Grasse Southern in France. The rich fragrance of real flowers gracefully envelops your hands and is made from a blend of shea butter and prune seed oil combined cultivated in the Pujols village near Agen in Southern France. Enjoy not only the fragrance but the gently moisturizing agents that hydrate your skin.

INQUIRE ABOUT THIS PRODUCT