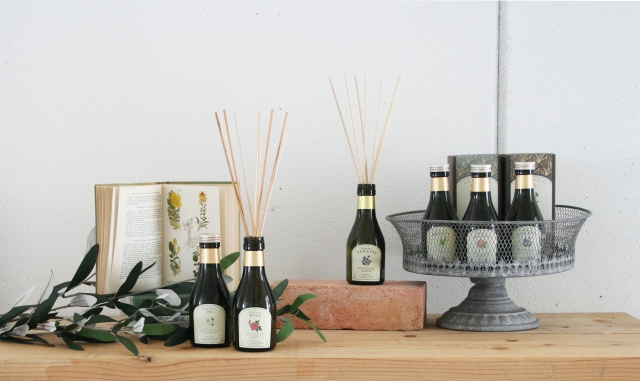 The fragrance for the Reed Diffuser was made in collaboration with a well-established perfume maker in the town of Grasse in Southern France. The essential oil blend has no trace of alcohol, so you can enjoy the rich fragrance of flowers.

*Please be aware that the fragrance’s duration varies with climate, temperature, humidity, room size and where the product is placed.

*Please be aware that there may be differences or changes in colors as the product contains natural additives. This, however, does not affect the quality of the product during use.

INQUIRE ABOUT THIS PRODUCT